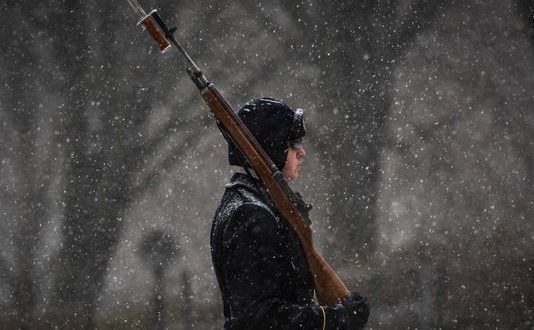 Doubts in the reality of what happened that night still seduced us whenever we met, and when one of us recalled its events, silence and despondency surrounded our gathering, and our eyes would cleave to the door, expecting its movement at any moment, so that Jasim would appear before us safe and well.

Most of the time our conversations focused on the camp where we spent our military service. There we got to know each other, and there together we shared various forms of humiliation and abuse at the hands of its officers and sergeants. But the long passage of time after that harsh experience, and absorption into comfortable civilian life, lessened its effects on our psyches to the extent that it became a subject of amusement and ridicule, and our dreadful torturers became stupid, comical creatures. Thus we took our revenge on them in our own particular way, so many years after our escape from their tyranny.

How those details kept shifting in our memory, making some of us insist that there was a mulberry tree near the prison, contrary to those who continued to deny the existence of any tree on the whole prison ground. Nevertheless, everyone agreed on one thing: on that frosty night we were together at the prison watching Jasim from the thick iron bars, performing his guard duty.

The cold was carving its path through our bones without mercy that evening, and the wind was whipping through the prison wall covered with criss- crossed bars, to trifle with us and with our clothing however it wished, forcing each one of us to cling to the other. In spite of that, we drew back the clothing from our faces from time to time, to zealously follow Jasim and his shadow in their monotonous movement.

Jasim was not obliged to do guard duty on that inauspicious night. If only he had agreed to remain with us, enduring the prison ticks and fleas for one week, and munificently accepting the clipping of his hair, instead of raising his hand for Sergeant Jum’a, accepting his offer to dismiss those who carried out some last minute duties.

The sergeant who was awake meanwhile, must have been following Jasim from the window of his lighted room until the accident happened, haunted by the fear of his superior officer’s arrival at the prison if he allowed one more guard to go inside the barracks or return to us. No-one could dismiss the likelihood that the officer was watching Jasim from his room overlooking the camp. Perhaps the distance separating them had allowed him to observe that exemplary guard, at times moving with astonishing regularity between the two ends of the wide exercise yard.

Through the window Jasim’s face seemed to lack any variation; it bore the same sternness, and the same melancholy, as if things with him didn’t whether he was with a beautiful woman in a bar, or in a cold pit. The most important thing for Jasim was that he was with us, and that we spared him from making any decisions, since he only had to do what we decided with extraordinary enthusiasm and courage. That is why his consent to leave us in the prison and go off to perform his guard duty came a difficult thing to understand or accept.

Some of us, ages after the accident happened, put that sudden change in Jasim’s  behaviour down to an obsession with cleanliness which remained with him throughout his military service. No sooner was food put before him than he proceeded to polish his plate and spoon with great devotion, with a handkerchief he had prepared expressly for that purpose, and he was not content with drinking anything before cleaning his glass excessively. How can you imagine that he was stationed in a prison crammed with inmates and lice and squalor?

But those who watched him at length during his guard duty had various opinions. One of them maintained he was watching someone else, a different man from the one we knew. It was as if Jasim’s consent to leave the prison, without us, had sown within him a spirit incompatible with his own. So, under a sky tinged with a dull redness, and in the middle of howling polar winds, our friend set out to do this duty, enveloped by a feeling of absolute isolation, and ignoring the sheet of ice which had begun to cover the damp ground of the camp.

The reason for our imprisonment seems incredible now, in view of its connection with that accident. Most of the soldiers had made a habit of sneaking into a village near the camp to spend the night with the Gypsy women and return to their barracks at dawn. But the possibility of falling into the hands of one of the military police squads was ever-present and that made the adventure more exciting. The first time, we had gone with one of the soldiers living near the village, but the second time we sneaked away without a guide, so we had been an easy prey for one of those nocturnal patrols.

Did sleep slip among us at last, or had the change which had suddenly come over the sky created that illusion in our minds? The prison dormitory was as it had been, where the patches of light sneaking into it from outside revealed lumps of clothing scattered in a jumble on the floor and from under them came a muttering and snoring.

Hesitantly, we drew near the wall of bars separating us from the camp. The copper colour of the sky has disappeared, and a dull whiteness tinted with grey had taken its place. At the furthermost edge of the cosmos, the darkness had lessened a little, drappled with the approach of daybreak. How the scene seemed to us like a motion picture centred around a forsaken planet enveloped in vast layers of mist. There we were, for the first time in our lives, seeing snow: snow spreading everywhere in horizontal and vertical sheets. What allowed us to revel in the sight was the ceasing of the wind-as if it too had frozen and turned into invisible ice. The limbs of the mulberry tree were still, thrusting magnificently into the whitewashed bowels of space. Now and then some crows burst from them, hovered a little round the tree, then settled again after shaking off particles of frost.

Madness permeated our senses when we saw Jasim in the middle of that world. It must have rendered us incapable of recognising him or calling out to him. It was as if, in his regular paces between the two ends of the training yard, he was a creature belonging to the realm of our delirium and nightmares, having no connection with the essence of our reality. His gun was pointed toward the sky and standing on its tip was a thin icy thread suspended in space. In time, his boots continued to strike the ground forcefully, and the walls returned the echo of their rhythm, to deepen our awareness of his unreal and illusory presence.

When the speed of his movement began to slacken and his path became gradually shorter, each of us began to predict in his mind the place where that pendulum would stop moving. Suddenly, near the solitary tree, a piercing scream rang out. But the ice smothered it with its cruel fingers, then transformed it in space into a snowball glistening with fragments of light from the distant lamps.

Years would pass before the uncertainty of the prison’s very existence crept among us, and more years, to doubt the existence of that camp. The day we would start to dispute the reality of our ice friend was surely not far away. 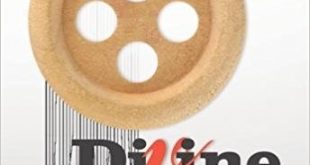 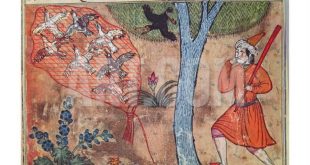 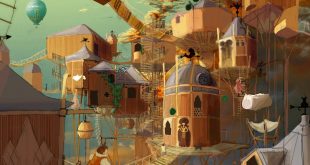 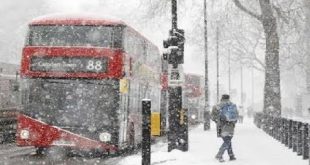